There are several safety features found in the outlets of a modern home. Depending on when a house was built or updated, these may not have been required at the time it was built or permitted. A standard 120 Volt, 15/20 amp outlet in a home can either be protected with a GFCI and/or an AFCI. This is what they are and why they are important.

When a switch is turned on or a plug is pulled a normal arc is created in a circuit. An arc is an electrical discharge between two points. While normal arcs occur in regular operation of switches and plugs, unintended harmful arcs can occur when current flows through an unplanned path.  If this unplanned path is material it can create excessive heat and can cause electrical fires; when it is a person it can cause death.  AFCIs and GFCIs recognize these harmful arcs and interrupts the circuit (stops the power from flowing) before it can cause fire and/or death.   This unintended flow of energy can be caused by inadvertent nails or screws through wires, cracked, worn or damaged wires or loose terminals. 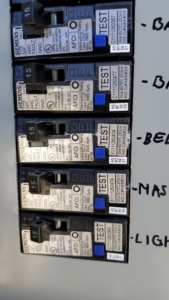 AFCIs were implemented Jan 1 2002 as part of the 1999 NEC (National Electrical Code), which only required bedroom circuits to have AFCIs. Bedrooms were seen as the most common place for fires to start. They have many contributing factors; damage to cords, large amounts of flammables, people sleeping and they are typically furthest away from the breaker in the branch.  In 2014 NEC (National Electric Code) took it further and now calls for them in family rooms, dining rooms, living rooms, parlors, libraries, dens, sun rooms, recreation rooms, closets, hallways, kitchens, laundry areas or similar rooms. They are not required in bathrooms, garages or outside areas (these are protected by GFCIs). 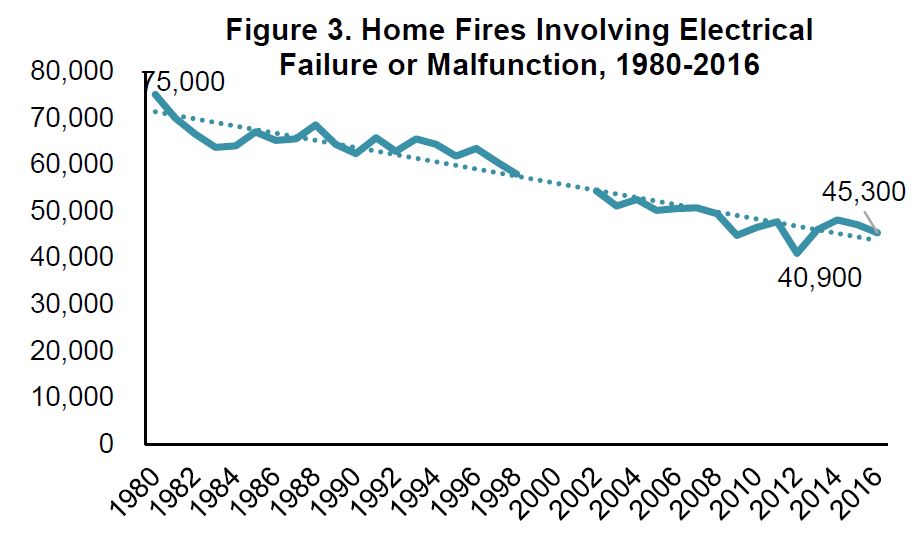 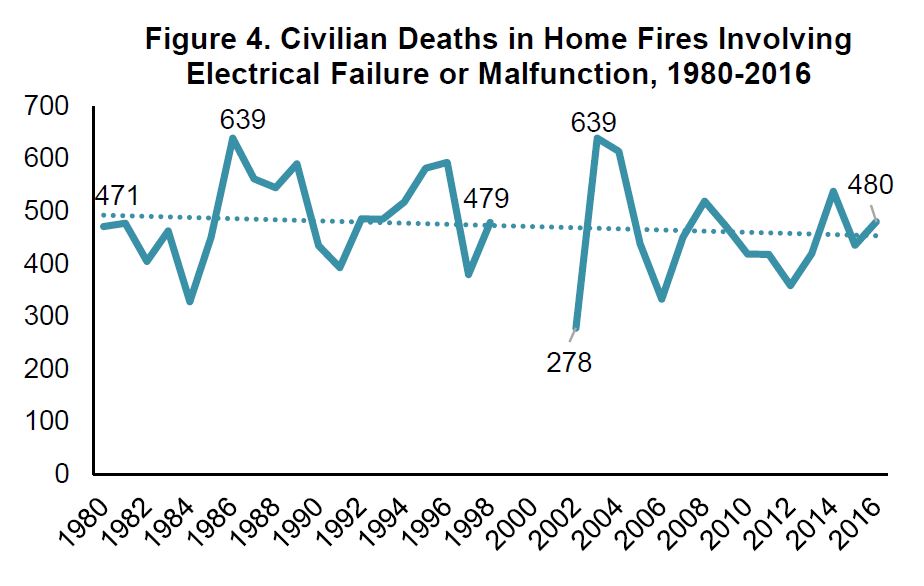 Implementation in a Home.

AFCI’s can be implemented in an outlet or a circuit breaker. When outlets are used the first outlet in a branch covers everything down the line from it. When a breaker AFCI is used it covers the whole branch circuit. 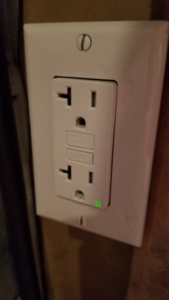 A ground fault is when the power to neutral is disrupted and a flow of energy goes to the ground. The path to ground could be a person, moisture, or other material.

A GFCI (Ground-Fault Circuit Interrupter) senses a mismatch of 4-5 MilliAmp in 1/30th of a second. This protects you from the 10 mA which cause human muscles to freeze from electrical overload, meaning you can’t let go of an object and death then death can occur in 2 seconds, and 100-200 mA are fatal almost immediately.   For this reason, GFCIs were implemented in all new homes and new permitted dwellings in 1971. They were originally required only at swimming pools and exterior areas, but have expanded to anywhere water is likely such as bathrooms, garages, kitchens utility rooms and laundry rooms.

Implementation in a Home.

Just like AFCIs, GFCIs can also be implemented in an outlet or a circuit breaker. When outlets are used the first outlet in a branch covers everything down the line from it. When a breaker GFCI is used it covers the whole branch circuit. An old home may not have proper outlet protection because it was built before these were required, but it is something that can be added. 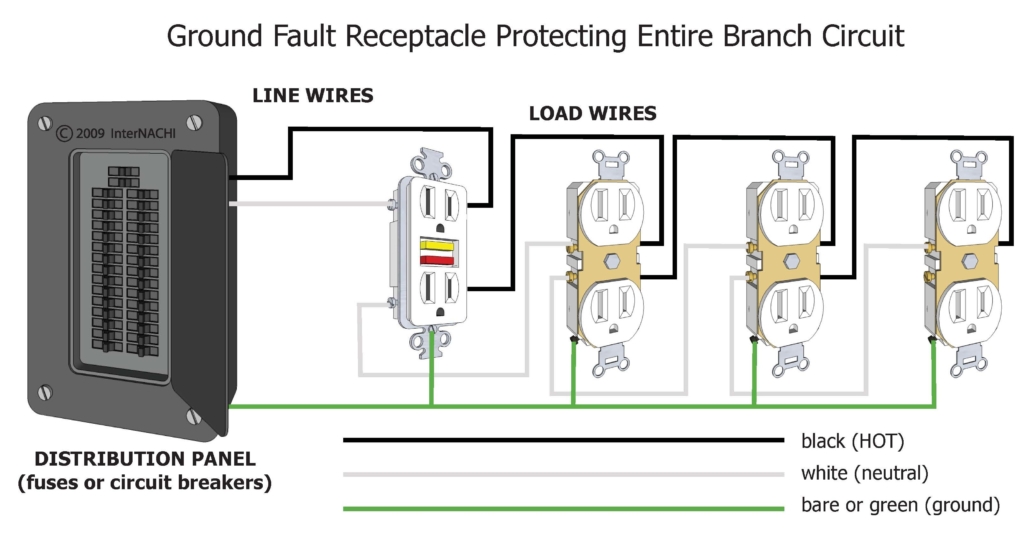 Both have line-to-ground sensors that detect the current leakage to the ground, but GFCIs trip at 5 mA current loss or greater and AFCIs trip at 30 to 50 mA.

Note: The GFCI also can protect against some electrical fires by detecting arcing and other faults to ground but cannot detect hazardous across-the-line arcing faults that can cause fires.

What Does This Mean To Me?

To keep you and your investment safe requires some maintenance and testing from you. Here’s what you can do.

Want to join the discussion?
Feel free to contribute!

Reach out to us today for a free quote